This solution is an extension of aquaponics to include insect breeding and renewable energy.  Aquaponics is the combination of aquaculture (raising fish) and hydroponics (the soil-less growing of plants) that grows fish and plants together in one integrated system. In this ‘AquaGeoComponics’ solution, catfish, vegetables and compost are produced in a pilot 150m2, two-storey building (like a greenhouse). Insects are bred on food waste and used for feeding the fish. Fish and insect breeding needs heating in winter, which is provided by renewable energy (solar panels supplying heat pumps).

The project will be operated as a community enterprise by a public benefit association, using the profit for local development.  It will employ one local person.

Based on latest market trends, the price of the insect products is intensively growing, and therefore, the horticultural element might be excluded. This would result in a simpler system, which, besides producing feed for the fish, produces insect products for sale, instead of vegetables.

It is primarily technological innovation, put into a rural context. The solution provides an income generation method which can operate on an average village real estate (cheap small houses with a garden of 500 – 1500 m2). As such, it can also be regarded as a social innovation, since it can be operated as a community enterprise or for household income generation, which helps maintaining the rural population.

Insect breeding is a very promising innovation to substitute imported, environmentally disastrous, therefore limited protein resources (GMO soybean, fishmeal), and, in addition, it can be produced from waste, as well as being easy to operate and ideal for creating a network of smaller, local breeding units. 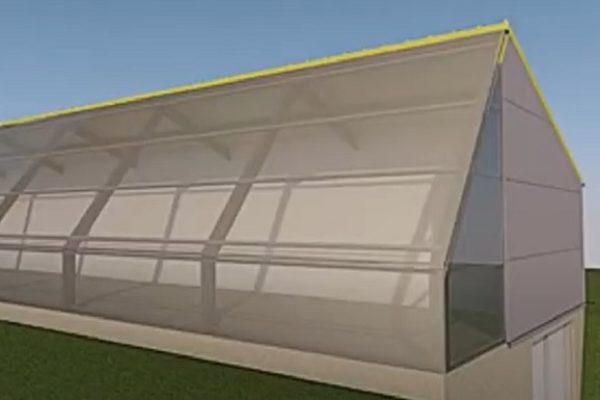 The solution involves developing the necessary expertise in a range of interconnected fields, including aquaponics, insect breeding, fish farming, renewable energy. It is recommended to consult with experts in each of these fields.

The plant should be built to combine:

It is possible to build up the solution in stages, since each element simply improves the environmental and/or economic performance of the standard practice. For example, it would be possible to start with mainstream heating before switching to renewable sources, or the solution could start by purchasing fish food before replacing this with the more sustainable insect larvae.

The project area is a typical Hungarian (at least 30% of the country is similar) lagging-behind rural reality: depopulated, tiny villages, poverty, lack of services, lack of employment, local people has practically no economic relation to the surrounding land (it is dominated by large scale intensive crop production with outside owners), but, on the other hand it could offer ideal living space with cheap real estates, beautiful and healthy environment. As there is no access to land, it is not possible to attract young people, because there is no income sources. We were looking for possibilities of local (household) income generation without land and without special knowledge, which are using the latest technologies, fulfil the requirements of sustainability and circular economy, as well as provide an acceptable annual income.

Promoter is a local civil organisation (Vox Vallis Development Association), established in 2004 to enhance sustainable economic, social and environmental systems to rehabilitate the area. Members, especially activists are mostly ‘newcomers’, who were not accepted easily by locals at the beginning. To generate these types of projects you need: a little team possessing knowledge (project management, rural and agricultural development, finance, bioeconomy, renewable energy, etc.), several years of animation (incl. motivation tours); several years of collecting ideas and knowledge; local trust and reputation (the organisation worked as a LEADER+ LAG, which helped to gain that).

The most challenging aspect is financing the construction: LEADER is not providing advance payment and access to credit is almost impossible for a non-profit association. We have overcome that by offering deposits for the crediting bank (our CEO is a farmer and he offered land deposit). In addition, it has come out that the credit is not allowing to pay advance, in spite of the fact that the aquaculture tech companies will not start manufacturing without advance payment, therefore we had to put in our own money as well to make the whole thing running.