The Virtsu borough is situated on Virtsu peninsula on the western coast of Estonia. With a population of 500, it is small, yet important place – its harbour connects mainland Estonia with its biggest island, Saaremaa.

Trade routes and coastal activities have been here since ancient times. The village has a rich history, which we try to preserve and present to locals and tourists: ruins of 15th century fortress and coastal defence battery, Virtsu manor house remains, and a lighthouse.

Another side of Virtsu is its proximity to truly unique nature – Puhtu-Laelatu reserve park, well-known to bird watchers all around the world, is just on the outskirts of the village.

During the last two decades, Virtsu, as many rural areas around Europe, has been facing challenges such as depopulation, limited entrepreneurship and somehow fragmented community. To overcome these, we are looking for ways to combine nature, tourism and traditional culture with modern necessities, such as broadband connectivity and improving transport connections. There has been a school in Virtsu since 1940, and kindergarten since 1967, making education easily accessible.

Recently, a plan was rolled out to build a business park in order to attract smaller and bigger businesses. Additionally, there are three wind farms which contribute to sustainable energy production.

We strongly believe that being a part of Smart Villages initiative would give us a much needed push in the right direction – unusual ideas, unexpected contacts and cooperation, and attention to small achievements that we have already accomplished.

The Virtsu Development Society recently installed a comprehensive network of lights in the barn-stable building of Virtsu manor, dating back to 1806, which will allow to use the beautiful historic building for exhibiting various expositions and museum displays.

Anyone interested in exibiting in the newly lightened up space, can do so free of charge, 24/7, after contacting the curators at virtsu@virtsu.ee. 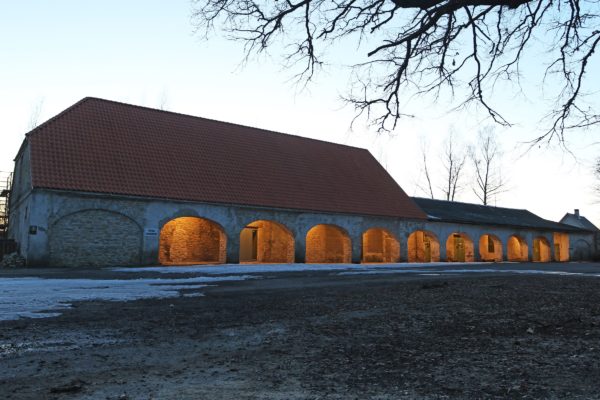 A booming cultural life in Virtsu

During the month of March, macrame and mineral paint workshop, guitar and drum lessons, as well as events related to the International Women’s Day and the memorial of Lennart Meri, former president of Estonia, are being organised. Find more information about ongoing and upcoming events at the centre’s Facebook page. 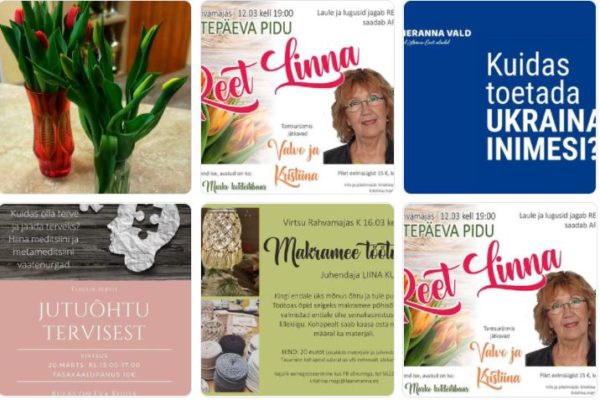 Within the framework of our project, Virtsu has started planning future uses of its old fish factory whose activities ceased in 2000. As part of this action, the Virtsu Association for Development, jointly with locals, has collected historical photos of the factory, also available as an online exhibition.

The fish factory dates back to 1944 when a fish reception point of the Baltic Sea was established. However, in 2000, bankruptcy caused most of the activities in the area to halt. 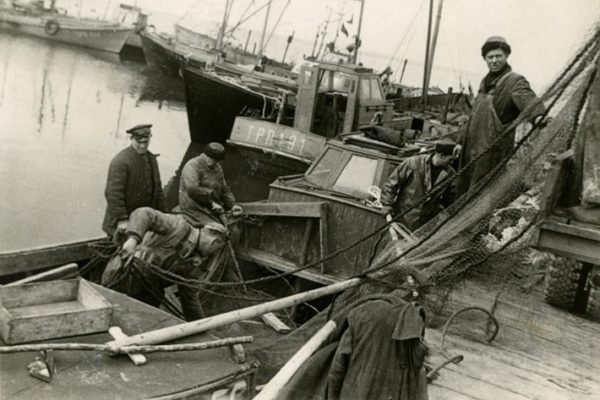 The village school has been collecting signatures – deadline 9 March 2022 23:59 (EET) – to protect its local school from being downgraded from nine to six grades due to a re-planning of the educational network proposed by the municipal government.

The Virtsu school dates back to 1940 and is widely recognised for its high-quality education: its teachers have been repeatedly selected among the best in the region and its students perform higher than the average for the country in the PISA programme for student assessment. 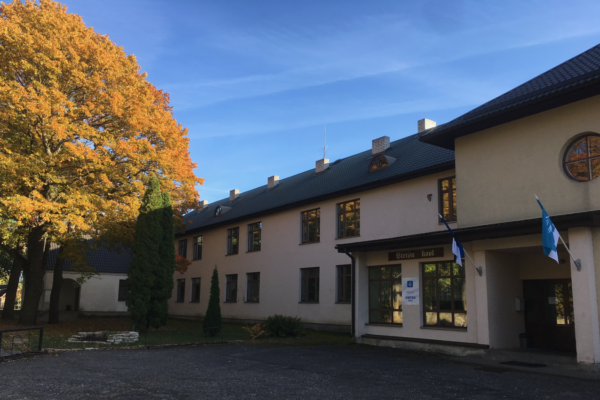 Virtsu has prepared a vision document on the communal use of its old, abandoned fish factory – a process undertaken within the framework of the Smart Rural 21 project.

The document overviews the current situation and plans, including the owners' company development ideas, as well as the opportunities for community use. An estimated 150-200 new jobs could be created through the developments in the area.

Work on the document was carried out in cooperation with the local community through a visioning process between December 2021 and January 2022. 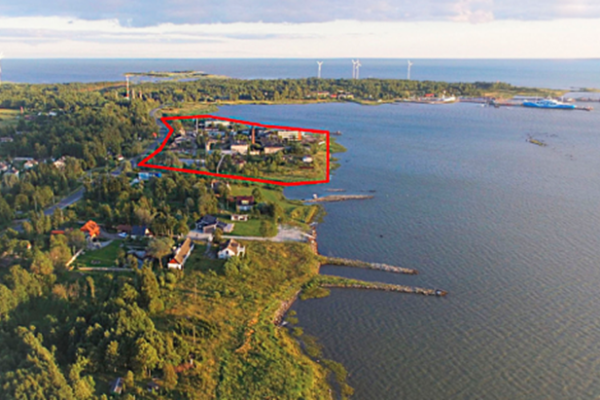 Virtsu has engaged the local community and involved them in designing and proposing ideas, concepts and plans for the old fishery plant and the abandoned area around it. The goal is to transform these into a modern business, leisure and community space, including the possible Renewable Energy Applications and Training Centre. The outcome of a brainstorming event with local residents is a ‘vision document’ prepared by experts. 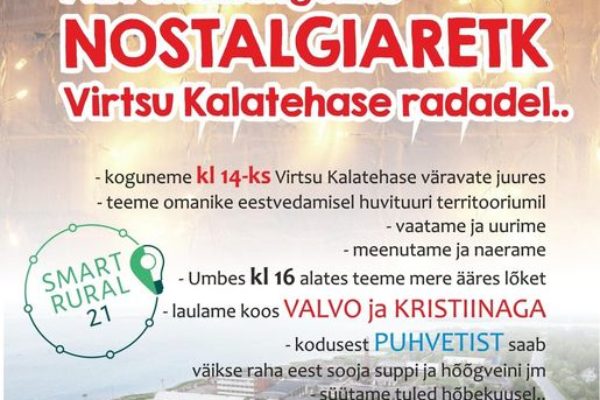 Step 1/5 : Preparation of the activities

Preparation of activities was done together with the Smart Village Group of Virtsu and included the formulation of the goals of the activity, the planning of the process, the preparation of the agenda and invitation to the ‘Emotional and historical activation’ event. 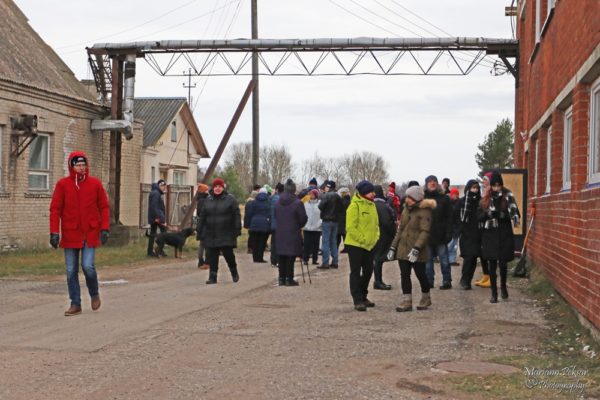 Organisation of an “Emotional and historical activation” event. For the first time in many years, the area of the old fishery plant was opened for the general audience. Locals had a chance to see the territory, meet with the new owners, hear and discuss general plans and agenda for revival of the area. After a 2- hour tour around the premises, the event continued inside one of the buildings, including an extensive slide show with historical pictures and videos of fishery activities. The event was an activation of memories, nostalgia, and great emotions. 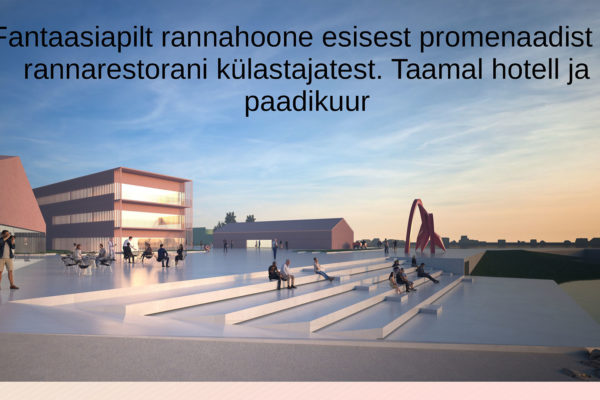 Step 3/5 : Meeting with the municipality leaders

A meeting was held with the new (elected in October 2021) Lääneranna leaders,  the municipality that Virtsu belongs to. The goal of the meeting was to map development potential of Virtsu, find out critical challenges and opportunities for growth. Initial draft plans were presented for the first time by the area owners. Municipality leaders expressed their support for the development plans. 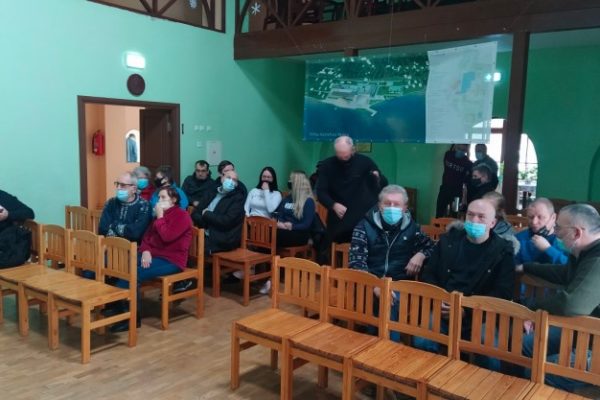 An invitation was sent to locals for a “Brainstorming and ideation session”. The goal of this public meeting was to engage locals and activists in the discussions on public and business area re-utilisation, and get the contact of people willing to participate in the process. Based on this meeting experts further worked on a Vision Document of the site. Presentation for this meeting was prepared and is available also on Virtsu Development Association website. 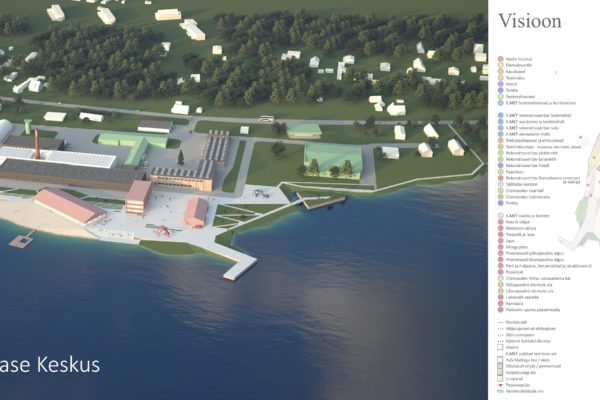 Step 5/5 : Finalisation of the Vision Document

Following the brainstorming event the experts finalised the Vision Document based on the feedback received from local inhabitants.