Installation of state-of-the-art wireless internet access in the centres of rural community life.

The provision of free public Wi-Fi involves the installation of a powerful wireless repeater/booster to transmit a high-speed internet connection across the municipality, where it can be received by antennae which capture the connection and make it available to nearby users.

Installing the system relies on the availability of a broadband internet access somewhere in the municipality, which can then be retransmitted and made available across a wider area.

The solution involves putting in place a powerful transmitter, which connects to and broadcasts out the main internet connection. This transmitter should ideally be located in a high-up location to enable direct ‘line-of-sight’ connectivity with the receiving antennae. It can be powered with solar panels to avoid the requirement to connect it to the mains power grid.

As many receiving antennae as are needed can then be installed in different areas of the municipality to provide local access points. These should be located according to need, thinking about both public buildings (municipal buildings, libraries, schools etc.) and outdoor spaces (such as public squares and parks).

The municipality can pay for the internet connection of all users, offering it free of charge for private and business users in the municipality, thus providing free access to the internet in areas previously suffering the consequences of the digital divide – including in locations which still have no mobile phone 3G or 4G connectivity. The solution is therefore much cheaper to operate than alternatives based on multiple separate internet connections, which all need to be paid for separately on the private market.

Providing this solution overcomes the rural digital divide locally, providing an enabling environment for the activities of residents, visitors and businesses. It can also then enable other solutions, such as the implementation of new digital public services for local inhabitants.

The solution is smart because it uses the latest next generation wireless technologies to overcome the rural digital divide and provide high speed internet connectivity across all population centres in the municipality.

The solution is strategically smart in directly tackling one of the big barriers to the long-term viability of the local economy in the digital age, including improving the quality of life of people and putting in place an enabling environment for the creation of new business and job opportunities in the area.

It is also a solution which is smart financially. Firstly, since the municipality can afford to pay the annual costs of the internet connection (as opposed to alternative solutions based on 42 different internet connections). Secondly, because it directly takes advantage of a European programme designed to support the rollout of high-speed internet to all areas of Europe – providing smart finance to meet the real needs of rural villages on the ground.

The solution also provides the basis and foundation for the provision of additional smart solutions, such as digital services to local residents - including those based on Internet of Things technologies – such as smart bins and remote flood-risk monitoring.

Finally, the solution is environmentally smart in using renewable energy sources (solar panels) to power the functioning of the wireless transmitter, which is located away from the mains electricity supply. 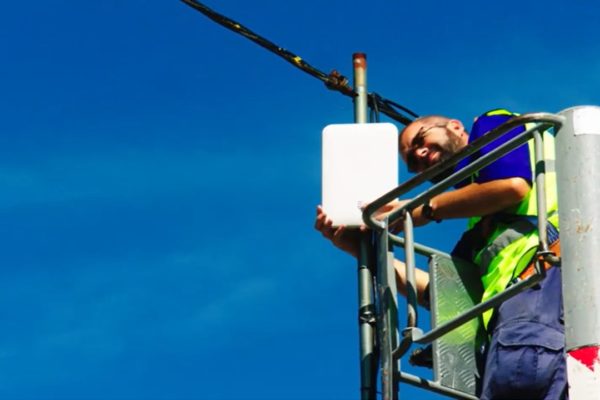 A solid implementation plan for installing a free public wifi system would be:

Villarcayo is a municipality in the north of the province of Burgos in Castilla y Leon in central northern Spain. It is located mostly to the west of a wide valley at the foot of the Cantabrian Mountains about 75 km from the provincial capital city. The municipality has 26 districts, although the population is heavily concentrated in the municipal capital of Villarcayo.

Villarcayo is characterised by a diversified economy, which has allowed it to better withstand the economic crisis. It has a relatively strong industrial sector, particularly in agri-food and construction materials. It also benefits from an important industrial estate of around 700,000 m² as well as inland tourism based on its significant monumental and landscape heritage – the local population can increase to as many as 20,000 during the summer months .

Nevertheless, the municipality experienced a population decline of more than 15% between 2011 and 2019 – from 4859 to 4097. Whilst the municipal capital benefits from a high-speed fibre-optic network, several of the municipal districts and many households still lacked internet access in 2019. This is largely due to the difficulties presented by the topography of the area and the lack of economic incentives for private service providers to deploy internet access to the more isolated and less populous districts.

Initial investment: EUR 35 000, covering installation of the WI-Fi repeater/booster and the 42 receivers across the territory.