Neighbours, private companies and public institutions come together to install and manage a system to generate and distribute local renewable energy.

A Local Energy Community is formed by neighbours, private companies and public institutions with the task of producing and distributing renewable public energy – and related benefits - according to the needs of the local community. It can also carry out and promote further actions for the energy sustainability of the community.

The aims are on the one hand to reduce both the cost and the environmental impact of local energy consumption, including potentially to achieve full energy sovereignty for the local community, and on the other hand to ensure a just and fair distribution of the generated energy in order to support local business opportunities and families in need.

The community can plan and manage the installation of renewable energy infrastructure in the local area, such as installing photovoltaic panels on roofs belonging both to municipal and private buildings. It also establishes a distribution system for sharing the new energy generated among the different local users, including public institutions, private companies and inhabitants.

Public institutions can be a key stakeholder to make or support the first investments in installing the required infrastructure, which would otherwise be beyond the resources of local businesses and inhabitants on their own.

The community can decide to distribute the benefits of the system as it chooses, for example to offer incentives for companies to boost the economic activity of the village, and/or to offer significant energy cost savings to the most vulnerable families of the village.

The solution is smart because:

It proposes a radical change in the production, distribution and management of energy at the local level; it generates public, clean and renewable energy.

Energy becomes a social dimension and the community's relationship with it is transformed. It represents a revolutionary approach: the project is understood as an instrument of social protection and not just an environmental or energy efficiency issue.

Innovation also comes from the way it is managed: all the facilities are public and the inhabitants decide what investments to make and how to distribute the savings generated to develop a community and support the most vulnerable agents. 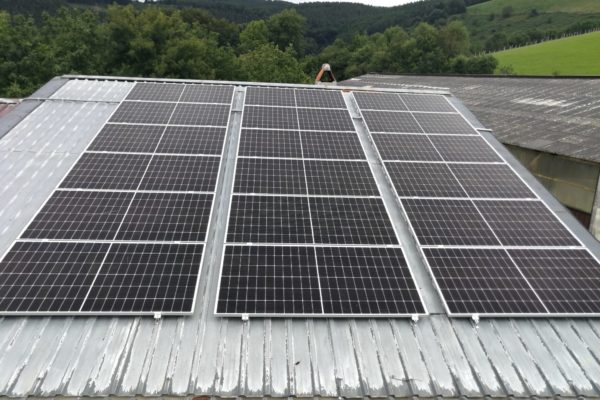 To create a local energy community, you need to:

Orexa is a small village of 123 inhabitants located in the region of Tolosaldea, at the East of Gipuzkoa in the Basque Country region of Spain, in a mountainous area bordering Navarra.

There are only two private companies based in the village. In general, private companies face many difficulties because they are in a rural environment without any industrial activity and where there is a continuous process of population decrease.

There are several families in difficulties, who are well known to the local authorities given the small size of the village. A social worker regularly visits homes in the village to assess the situation and needs of families and to offer support.

Therefore, the Council developed a strategy both to try to retain the existing young population and also to attract more young people to the village. The Council asked them what are the principal factors that could encourage and facilitate their staying in the village. With this strategy, five lines of action were defined:

The main challenge in energy issues was to make an essential service such as energy more affordable for inhabitants and companies in the village. Thus, energy services will be considered as social protection and an advantage for those who decide to stay in the village.

The total cost of the three facilities has been about EUR 169 500, counting all the technical work that has had to be done.

The cost of maintenance has been almost nil because they are relatively new and under warranty installations. Through the savings it is ensured that installations can be renewed when they becomes outdated or not profitable.

Technical expertise for the purchase and installation of renewable energy infrastructure

In the first moment, only roofs in the village suitable for this type of installation are needed.