A participatory governance structure led by the municipality that helps coordinate the activities of local volunteers in providing targeted services to vulnerable members of the local community.

The Municipal Council of Volunteers (MCV) is a membership organisation, coordinated by an elected body, that provides different tailored services to offer critical support to members of the community through volunteering. Funding comes from private donations and government subsidies. However, the essence of the MCV is the time and resources spent by volunteers.

The MCV has a particular focus on delivering social services for the most vulnerable members of the community, for example through elder care services, daycare services or early years care and education support. It can also coordinate volunteer interventions in other areas such as energy efficiency, nature management and climate change. In this way, the MCV provides crucial additional support that goes beyond the typical capacity of the municipality to provide much needed social and environmental services and beyond the existing public welfare and social systems.

The MCV is open to everyone in the community and particular emphasis is placed on intergenerational cooperation – bringing together volunteers of all ages and supporting members of the community of all ages. It is a powerful approach not only to maximise social support, but also foster community spirit and engagement and enhance quality of life, especially in small municipalities.

A crucial innovative element of the MCV is the close collaboration of the volunteers and the (local and national) authorities. The services are offered under a unified approach to mobilising and organising volunteers, following strict standards that are set and audited by the authorities. The services are operated by professionals that are employed on a full-time basis, thus creating job opportunities.

In terms of governance, the MCV is comprised of local members, consisting of representatives of the organised groups of the Municipality and authorities of various services, such as political parties, the church and parents’ associations. The Steering Committee, which is elected by the members every 3 years, with the Mayor as Chairman, has responsibility for the administration, supervision, operation and promotion of the purposes of the Council.

The solution is smart because 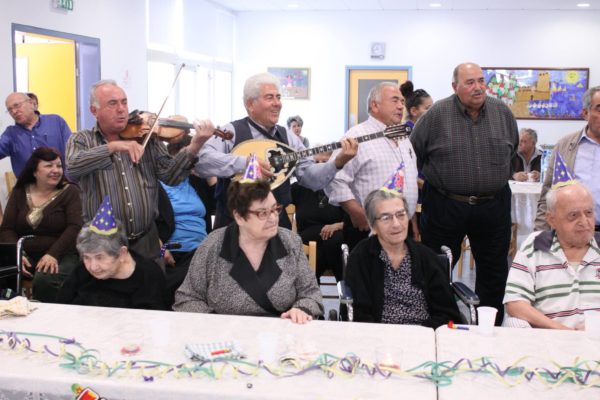 Athienou is a village of around 7 000 people in the Larnaca District in western Cyprus. Since the Turkish invasion in 1974, Athienou has been surrounded by Turkish troops, with about 65% of its land occupied. Indeed, it is one of only four villages located within the United Nations Buffer Zone created between the territory controlled by the Republic of Cyprus and the territory controlled by the Turkish troops.

Even before the Turkish invasion, Athienou was relatively isolated from the major cities on the island and many people looked to local providers to solve their social service needs, including the Municipality, the Church and other local carriers. A culture of volunteerism emerged, in order to overcome local problems and give assistance to people in need. The spirit of volunteerism exists in most families in Athienou, passed from generation to generation.

MCV was established in 1970 to help coordinate interventions aimed at people in need. The following years were a difficult period for Cyprus and Athienou. Social problems were exacerbated by the 1974 Turkish invasion of Cyprus. Ever since, Athienou has lain within the buffer zone isolated from the rest of the island and with most of its rural land occupied by the Turkish troops. Many people were in need to restart their lives and volunteerism was one of the main tools that help the community to grow again during difficult years.

Athienou, although a highly functioning society, still suffers from isolation and seeks to find solutions in the volunteering collaboration between its citizens.

Setting up the MCV, back in 1970, had no initial investment requirements. It was based on voluntary participation and expertise offered by the governmental organisations.

There aren’t any ongoing financial costs for running the MCV itself. All the time involved and needs for meeting rooms etc are provided at zero cost by coordinating partners, including the municipality.

In terms of running the four main services that the MCV delivers and the two buildings that house them, the costs amount to around EUR 400 000 per year for service provision and EUR 50 000 per year for administrative and financial coordination and management.

i) Volunteers to deliver the services and to help with volunteering actions.

ii) Trained and professional personnel to run the various services

iii) Financial and administrative coordinators (within the municipality).