The creation by villagers of their own fibre-optic network for high-speed data transfer.

The installation of a comprehensive fibre-optic network in a village by engaging local residents in the creation of a local cooperative and applying for funding (for example from LEADER) to pay for the public works required to dig and lay fibre-optic cables. Cooperation and planning with local landowners is essential (for example, to plan around farming schedules) and planned network maps should be checked by external experts. Construction can be undertaken by local volunteers or outsourced to an external company (where funding allows).

The solution demonstrates social innovation, using the power of the local community coming together to form a cooperative in order to overcome the market barriers that mean that commercial operators and the municipality were not willing to engage in the construction of a fibre optic network.

In doing so it overcomes the digital divide in order to tackle the root cause of disadvantage that can negatively impact the development potential of many rural areas. 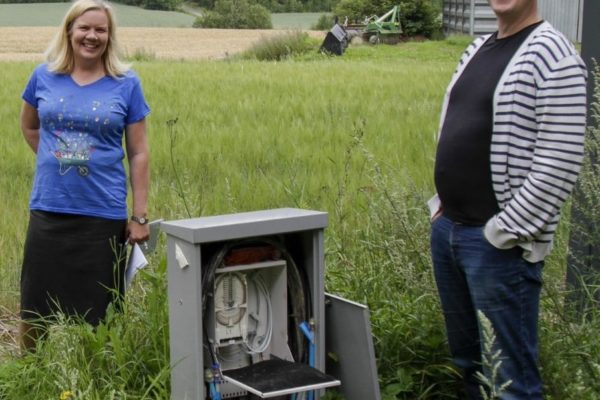 Raudanmaa is a developing village in Kangasala, in a beautiful lake landscape close to the biggest inland city of Finland, Tampere. The weakness of telecommunication connections has presented a bottleneck for some companies in terms of business expansion and teleworking.

At the end of 2014, the villagers started to think about creating a fibre optic network through the Raudanmaa Village Association.

Problems were caused by delays in the subcontracting of the selected contractor and the quality of the final works, which had to be complained about on several occasions. As a result of delays and complaints noted in the invoice, the final cost was reduced.

The project supports sustainable development in many ways: by improving the access to public and private services and providing teleworking opportunities to improve and reduce the need for commuting between homes and offices. Fibre optics are a reliable technology for decades to come.

o 100 € yearly network fee to the cooperative for maintenance and administrative costs;

o Fees for services provided by the service operator.

The project required voluntary input of many villagers and development enthusiasts, one of the board members had some prior knowledge of optical fibre networks and was working for the commercial operator, so it was possible to get useful contacts to negotiate with or check some technical details

Many participants were entrepreneurs with knowledge of contracting and negotiations. Technical details were learnt during the project.

Not very rocky parts in the network route