The full recovery of an unused public building, as an engine of transformation in a rural municipality through a participatory process.

The complete rehabilitation and reactivation of unused historic buildings through a public-private partnership type approach takes advantage of a ‘sleeping’ local asset in order to create an engine of transformation within a rural municipality.

A key element is to undertake this work through a participatory process that works with local municipalities, but also engages local people and associations in the design as well as in the implementation of the rehabilitation and proposed use, as well as in the long-term management of the space.  This both gives meaning to and can increase the chances of success of the eventual rehabilitation and reactivation efforts – harness public and private investment as well as engagement and commitment to see the project through.

The purpose is to transform these ‘sleeping’ assets into generators of opportunities in different areas (employment, culture, social purposes, etc.), overcoming the barriers that can stop a single developer motivated principally by financial gain from undertaking the required investment. The approach thus provides a solution to a common challenge in many rural towns and villages: the existence of large historic and often public buildings without use and falling into increasing disrepair.

The solution is smart because ... 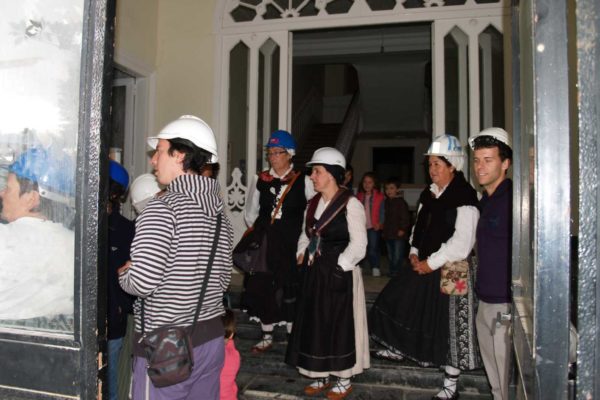 Interest of the population in the recovery and evaluation of the building.

It's important to hire an expert company in participation processes, especially in this kind of project. Therefore, it's important too to have funding for this recruitment.

Kuartango is a small municipality in the province of Álava, in the Basque Country, northern Spain. It is a municipality with a high degree of rurality (G1 LEADER), an ageing population (26% over 65 years) and very low population density (4 inhabitants / km2).

The main economic activity is in the primary sector (stockbreeding). The village has local shops and benefits from a doctors surgery, but does not have either a pharmacy or a school.  It has a fairly active local community, but faces clear and ongoing risks of depopulation.

The municipality historically housed a health resort/spa (balneario), which has fallen into disuse and is now a large empty historic building at risk of further deterioration in the heart of the municipality. Options to use the building for a nursing home or hotel were explored, but abandoned due the high level of investment needed to rehabilitate the building.

At the same time, the municipality was seeking possibilities to provide opportunities to the existing population and attract new potential residents.

Thanks to an initial grant from the Department of Culture of the Basque Government, the municipality was able to engage other stakeholders in taking the project forward:

The Coworking Space would need an additional investment of € 25,000 to start working.

The next project to be launched could be the ‘Cultural Factory’; which would requires an estimated additional investment of about € 35,000.

Ongoing expenses: the participatory process does not have ongoing expenses. The fixed costs per year for the first two proposed uses (Coworking Space and Cultural Factory) would require an investment about € 15,000 and € 10,000, respectively – these costs should be covered by the contributions of customers and users.

• Local citizens engaged in the process

• The basic physical infrastructure was the building itself.